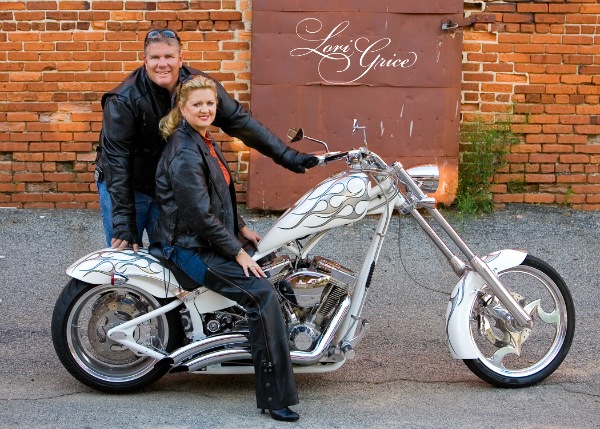 The year 2000 – the dawn of a new millennium. “Everyone save your gallon milk jugs and fill them with clean water. Make sure to have plenty of canned goods on hand, and check your flashlights to make sure the batteries still work. There is going to be a disaster when the clock strikes 12:00 midnight!” We all know now that there was no disaster when the clock struck 12:00 pm. But on February 18, 2000, my 38thbirthday, a disaster did happen. I was told I had breast cancer.

After having a mammogram, the doctor called me in to the room in which the mammography images are viewed. He showed me a spot and said, “I think this is just a lymph node, but come back in six months, and we will take another look.” I should have come back in much sooner than six months. The spot was not just a lymph node. It was a malignant tumor, “infiltrating ductal carcinoma,” is exactly what the doctor told me over the phone a day or two after the biopsy.

“Infiltrating Ductal Carcinoma.” Hmmm…I wondered how bad that could be. So to the huge medical dictionary I went to read about this condition. The Internet was just coming of age as the go-to place for information. But I was “old school,” so to the book I went. I read about it, but really I was just stunned and didn’t know what to do next. I immediately gave my condition to God. I told Him that I didn’t know what to do or even think. And Boy, did He take over! I saw miracles everywhere throughout the entire journey.

I told my husband, my parents, and my sister about my diagnosis. But we wouldn’t jump to all kinds of conclusions. We would just wait until we talked to the surgeon and would rely God’s help. The next day, the doctor’s office called the school in which I taught and told them I could come right away. That was weird. Don’t we always have to wait forever to get a doctor’s appointment? Well, I soon learned that when the “C word” (cancer) is involved, everything becomes STAT, which means “without delay or immediately.” It was kind of nice to be important enough to see the doctor STAT. But THIS was NOT NICE!

Another teacher kept my class while I raced to my STAT appointment. I didn’t even think about taking someone with me, but that was the first thing the doctor asked me……if I had someone with me. “Not a good sign,” I thought to myself. “He must be about to tell me something really awful.” He talked to me for about an hour telling me all about my condition. It took some time for it to sink in (well, it really never did sink in), but I decided to return to the doctor the next day and take my husband and sister, Julie Smith Dempsey, who is a nurse practitioner, with me. Among everything else the doctor explained to us was that he had seen couples divorce over this very thing, meaning breast cancer. This made my sister angry. I think the doctor had our best interest at heart, but that was not really very good “bedside manner” we felt. The first thing my husband said when we walked out of the door of the doctor’s office was, “Take the whole thing off!” meaning a mastectomy. “Get rid of it all!” We both agreed to treat the cancer very aggressively to make sure it would NEVER return.

But we had choices to learn about and decisions to make. After all, it was my body and my condition. And my husband was in with me 100% of the way, as was God’s hand. The doctor had given us several pamphlets, which I read thoroughly right away, but I needed to learn all about this condition and learn about our choices before deciding on our plan of action. So I turned to the American Cancer Society’s Website. I read and soaked in all of the information I could. I was also very careful to only read from reputable websites. There are mounds of “junk” on the Internet, as we all know.

Soon, people began calling. Some were crying when I hadn’t even cried, yet. I was touched by their caring about my family and me so much. Some were calling us with advice about doctors. Some were calling with advice about procedures. Most were calling because they cared so much for me and my family, which included my husband Adam and my two sons Ryan, who was eleven-years-old, and Ross, who was eight-years-old, and my parents, Tom and Sue Smith, and sister, Julie Smith Dempsey. My first priority was that I didn’t want my children to be upset. We would handle this matter-of-factly, get it done, and get on with life. Hah! Easier said than done.

My husband Adam and I actually searched out four different doctors’ opinions instead of just one or two. A fairly new procedure had been revealed to us, which thoroughly took me by surprise. One procedure that we learned about that was successful along with a mastectomy was called a “tram flap reconstruction.” This procedure was done in one operation including a mastectomy, a tummy tuck, and the tunneling of the tummy fat up to replace the breast tissue that had been removed during the mastectomy procedure. When the doctor in Augusta, Georgia, at The Medical College of Georgia said “tummy tuck,” I said, “Wait a minute. Did you say ‘tummy tuck’?” She said yes and repeated the explanation of the procedure again. Well, if I was going to lose a breast, wouldn’t it be great to use my own tissue and have my football-sized tummy bulge moved to fill the breast? My tummy had been the place on my body that always collected the most fat. “That is what I want,” was my response. But we still wanted another opinion. The next doctor recommended the same procedure for me, and God had given us a peace in our hearts about this course of action. It was decided. I was getting a tummy-tuck paid for by my insurance! Wow! Wouldn’t that be great! It was great. But not too fast! The entire ordeal was excruciatingly painful.

After explaining everything to my parents and sister and giving a watered-down version of the explanation to my two little boys, the dates were set. My paycheck stub stated that thirty sick days were available, and that is exactly what time I took off from school. That would give me time to have the surgery, recover, and allow my hair to fall out and find a good wig before returning to work. Yes, I might have gotten a flatter stomach and a new breast, but I was also going to have to go through eight chemotherapy treatments and thirty radiation treatments. When my hair fell out, I think that is the first time I cried. Everyone had told me that losing my hair would be extremely hard, but it is definitely something that you can’t even imagine. And I felt like a clown in my wig. But there was nothing I could do but continue on.

I returned to work, teaching 7thgrade language arts, and worked as much as I could. Having young children of my own allowed me to keep the importance of having the original classroom teacher with them as much as possible. The pleasantness of my students and the support of my fellow colleagues at my school, William James Middle School, was so comforting. Teaching is a very overwhelming profession on even the best of days. Teaching middle school adolescents is…..um…..let’s just say there is never a dull moment. When I see former students who were with me in my classroom during this battle, they always tell me little tidbits of what they remember. I hope that I had been a positive example in battling cancer because some of them had family members who had fought and won or fought and lost their battles with cancer. Some learned that year that a family member had cancer. I wanted to show them that their mother, grandmother, grandfather, or other relative could make it through as I was doing and maybe the student would not be quite as scared.

The support my family received throughout the entire nightmare was beyond what any words could describe. Obstacles and problems were washed away, and things just fell into place as so many people called, visited, sent cards, brought food, and prayed for us, and God showed us the way. It was the hardest year of my life. But I learned so many things about life. And I learned how much people do for others when they are going through a hardship. I was ashamed of myself for being so selfish and self-absorbed in my own problems before I was diagnosed. I went into this situation as one person and came out the other side as someone very different…..someone who realized how extremely blessed my life has been. And I don’t understand why God has been so good to my family and me for so many generations. But I am sure, beyond a doubt, that prayers said for one another in our family have always been a part of our good fortune of love and good health. And I pray that it will continue for generations to come.

In the almost fourteen years since I was diagnosed, breast cancer, and the entire myriad of cancers in the world today, are continuously brought to mind. Many types of fund-raisers are scheduled to help families touched by cancer. People call me and ask me to call a person who has just been diagnosed with cancer to answer questions or to at least offer words of comfort. The Relay for Life takes place in the spring of each year to memorialize, illuminate, support, and love those who have been touched by all types of cancer. A Savannah television station has moments spotlighting women who have survived cancer. I was honored to participate in that event, which also held a fashion show. And my church, First Baptist Church of Statesboro, holds “An Evening of Light” highlighting women’s battles with many types of cancers with a dinner, a fashion show, and speaker who tells the story of her personal battle with cancer or of a friend or relative who has a story of his or her own about traveling down the rocky road of cancer.

Once cancer enters a person’s life, either by being diagnosed themselves, or by having a friend or relative diagnosed, its memories never leave. More and more lives are being saved each year by the research that is taking place all over the world. I’m so thankful that God gives humans the tremendous mental capacities to learn, test, and envision new ways that cancer can not only be cured, but eradicated from our world. Diseases have already been cured in our world’s history.

“Dear God, please hurry and give our world a cure for cancer, forever. Amen”