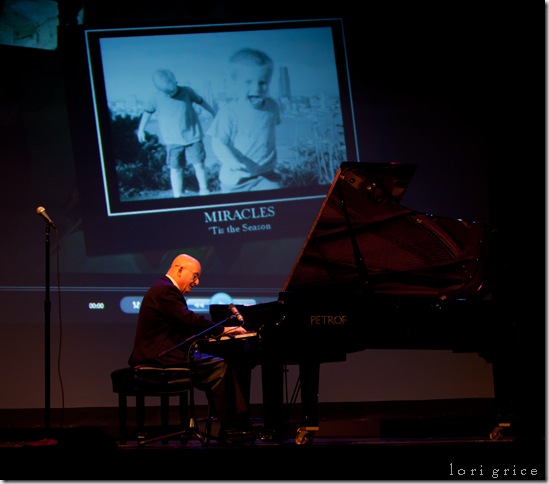 December 2nd, our friends, The Murkison’s, were involved in tragic car accident.  Involved in the accident were David and Ellen, their two boys Ben – now 11, Brian – 7 and the boy’s grandparents Gene and Marilyn Murkison.   The accident required Gene, Ben and Brian to all be flown by helicopters to Memorial in Savannah.  Gene and Ben were kept for a good many days then released.  Unfortunately, Brian was critically injured, he had received a traumatic brain injury.  He was in ICU until the week of Christmas fighting for his life.  A few days before Christmas the family was given the horrible news that nothing more could be done for sweet Brian.  The family made the tough decision to transfer Brian to Ogeechee Hospice here in Statesboro.  THEN… a day or two before Christmas, Brian’s big brother Ben asked for everyone to please pray for a Christmas Miracle for Brian.  You see, during this process Ben had been told that people all over the world were praying for Brian.  Ben asked, “Even in Fiji?”  Turns out that through Facebook, Lands End’s website, church prayer lists, etc, that Yes, Ben, people were not only praying for Brian in Fiji…but literally in EVERY continent ALL over the entire WORLD! 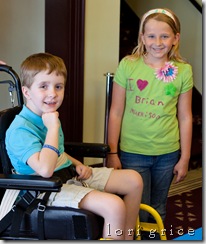 Well, the rest of the story, as Paul Harvey used to say, is that Brian did receive a Christmas Miracle.  It wasn’t a movie plot one where on Christmas day where he woke up and started talking and walking…but that is OK.  His has been a day-by-day process of a million little miracles.  Miracles we “groupies” that have been praying for him since the beginning rejoice with the family for…even the tiny ones!  Through the last five weeks of preparing for the fundraising concerts he has begun doing a million new things!  When Dr. Braz called me and shared his idea of doing the concerts for Brian I was so excited!   He asked if I would help him put together the concert and of course I said YES!  When I called David to share the idea with him he was really excited but mentioned that Brian may not be able to come to them.  I told David that I totally understood…but I would pray specifically for that too…and I also said, “you know a lot of the things we have all been praying for have been answered!”  What a huge blessing for Brian to not only come to both concerts…but he surprised us all by preparing something he wanted to say to the audience – then he and Ben helped Dr. Braz play the fi 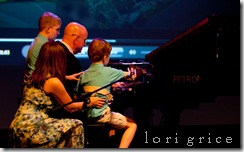 nale song, “Amazing Grace”.  Amazing doesn’t even begin to describe it…if you don’t believe me, then take a look at the video.  You too, will believe in MIRACLES!

The money raised from the ticket sales and silent auction will help the Murkison family with rehabilitation expenses for Brian.  The event raised over $7,000 which is a great start to helping them with this journey.  When we presented the money to Brian’s dad he said tearfully that, “now when doctors tell us that some procedure is not covered by insurance we can do it anyway!”  If you missed the events but would still like to help the family just mail a check to:

A HUGE thank you to Dr. Michael Braz for his amazing talent and his big heart for all he did for this event.  He truly was the guy that “made it happen”.

Also, HUGE thank you’s for the team of folks that sold tickets, donated silent auction items, put up posters, bought tickets and came to the event to celebrate the Miracle of Brian’s life being saved.  We were so excited to share the first concert with the two Air Evac team members that flew Brian to Savannah and with Tyler Thompson from Bulloch EMS who was the first person on the scene that night.  Giving God all the Glory for the Miracles he has given Brian…but he definitely has a team of “Angels” here on Earth helping!  A special Thank You to the three of you plus all the other countless caregivers that have touched the Murkison’s life so profoundly!  Here is a slide show of progress that was part of the program on Saturday: