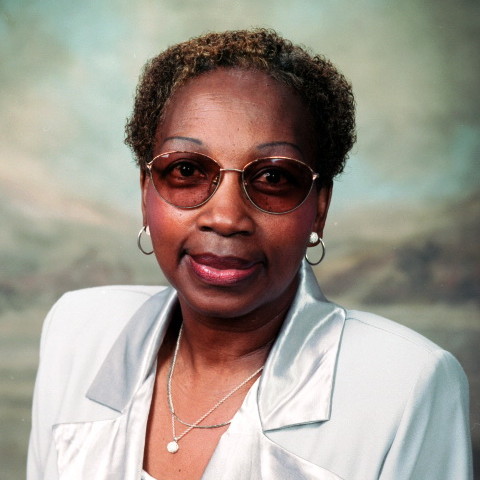 For over twenty years, my favorite day was Tuesday.  Not simply because it was the day after Monday.  It wasn’t because this was the day that my house would be cleaned spotlessly, my laundry was done and my shirts were ironed with precision and a stiffness that only a drill sergeant could appreciate.  It was the day that the second most important woman in my life would come, like clockwork, and handle all the mentioned tasks with a happiness that I could barely understand.  It was Earlene’s day.  For the past two decades, she had become an important member of our family.

Earlene was unique, smart, driven, punctual and proud.  She challenged me to be a better person.  To understand the struggles of the least of these.  She encouraged me to keep my eyes open and never accept things for how they are but how they should and could be.  She loved life, loved her Lord, loved to sing and loved her family.  She loved traveling, especially for family reunions.  I remember her first cruise like it was yesterday.  She had tons of questions, would bring me forms weekly to review just to make sure that no one was taking advantage of her and her family.

She was like a second mom in many ways.  It is funny how we would work like crazy to “pre-clean” our house before she arrived so I would not get a lecture or worse yet a note of correction from “Miss Earlene.”

She would be here at 1 on the dot.  Not a minute more or less.  She expected a chilled Diet Coke ready for her in the fridge and her check on the counter.  If one of these two things were missing, then there would be hell to pay from Earlene.

I enjoyed her stories about her family and the pride she had in each one of them.  Through the years, she became so much more than just a housekeeper.  She was my sounding board.  My connection to a population that I barely understood.  She was well read and could hang with most any conversation.  She would instruct me on issues in our community, state and nation and her expectations of correction, as if I was directly connected to the source of power in each situation.

Through the years, as my circle of friends increased, I found myself in a position of advisement to leaders throughout the region and state and ironically became that source she knew I would be.   I would often quote Earlene in meetings with these leaders.  I will never forget one night in debate prep for a gubernatorial client of mine, he was straying off the path with an idea regarding the Hope scholarship.  I proceeded to lecture him like he was a grade-schooler the reasons this was thought process was disconnected and off base, citing Earlene as my source.  He went with Earlene’s advice and it paid great dividends for him and our state.  Every year, she received a birthday call or note from this former Governor, a few congressman, several Secretary of States, an Attorney General or two and the list continues, that were grateful for her advice.

Earlene was more than a housekeeper.  She was the voice of her community and she was well connected through her clients to people who she knew could make a difference.  A quite, humble but firm voice that demanded respect and attention.  She WAS a difference maker.  Rarely did she get credit for any of these deeds because that was the way she wanted it.  Ironically, her request were never personal or for members of her immediate family, but rather for her community.

I remember how she followed the election of President Obama.  Rarely did we talk outside of my home on Tuesday.  On November 4, 2008, late in the evening my cell phone rang, it was Earlene.  I answered and choking back her tears she said three words, HE DID IT!  We had a wonderful, but brief conversation about the election of our countries first black president.

On January 20th, 2009, together in my living room on a Tuesday we watched President Obama take his oath of office.  The following Tuesday, I left a special gift for Earlene beside her check on the counter.  It was a pin commemorating the inauguration of Barrack Obama.  It was a gift a close friend of mine received from the President while in attendance at the inauguration.  He gave it to me, with instructions to give it to “Miss Earlene.”

For this gift, I received a rare note on the following Tuesday from Earlene.  It simply said, “I told you he was going to do it. Thank you and your friend for my gift.  I will cherish it forever.”  signed simply Earlene

As the cancer progressed, her walk got a little slower but her mind never wavered.  She would come and work and never complain.  She would give me updates and ask my opinions on doctors and treatments.  Then she called one Tuesday and said she simply could not climb the stairs to my home anymore.  She had spent her last Tuesday with me.

For months, we waited, prayed and hoped for a miracle that Miss Earlene would return once again.  Today we received the news that she had been called home to Heaven.  It is with a tremendously heavy heart that we bid her farewell and thank each of you – her family and friends for sharing her with us for so long.

Peace be with you and God Bless you Miss Earlene.